“Polk’s playing was a model. In tone and touch, he showed a high degree of present attainment and future promise.”

“Polk’s playing was a model. In tone and touch, he showed a high degree of present attainment and future promise.” 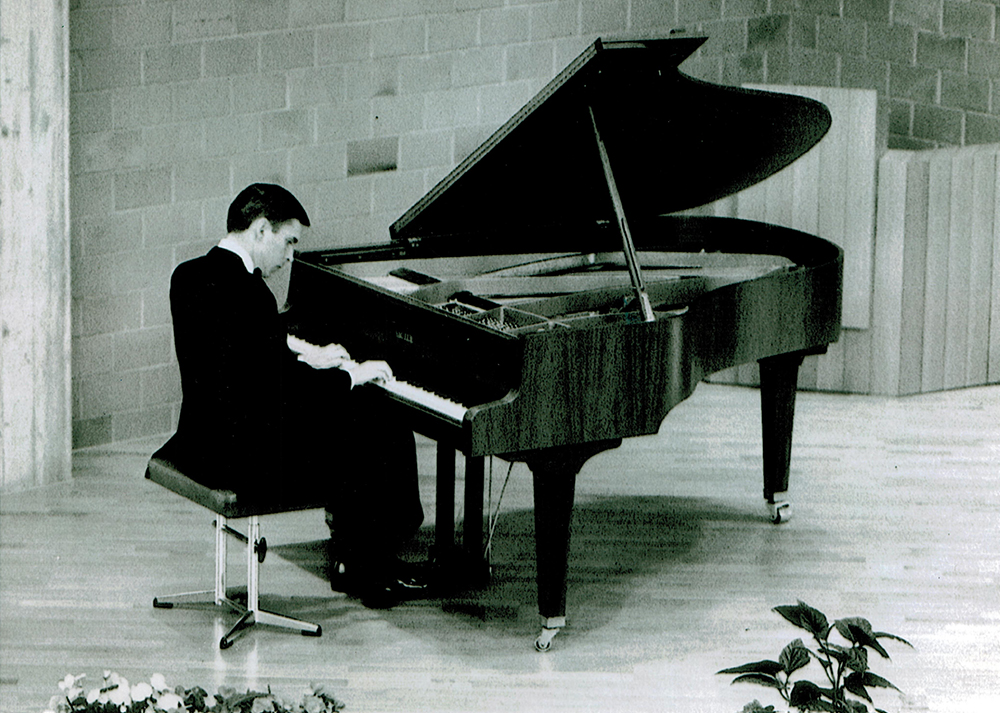 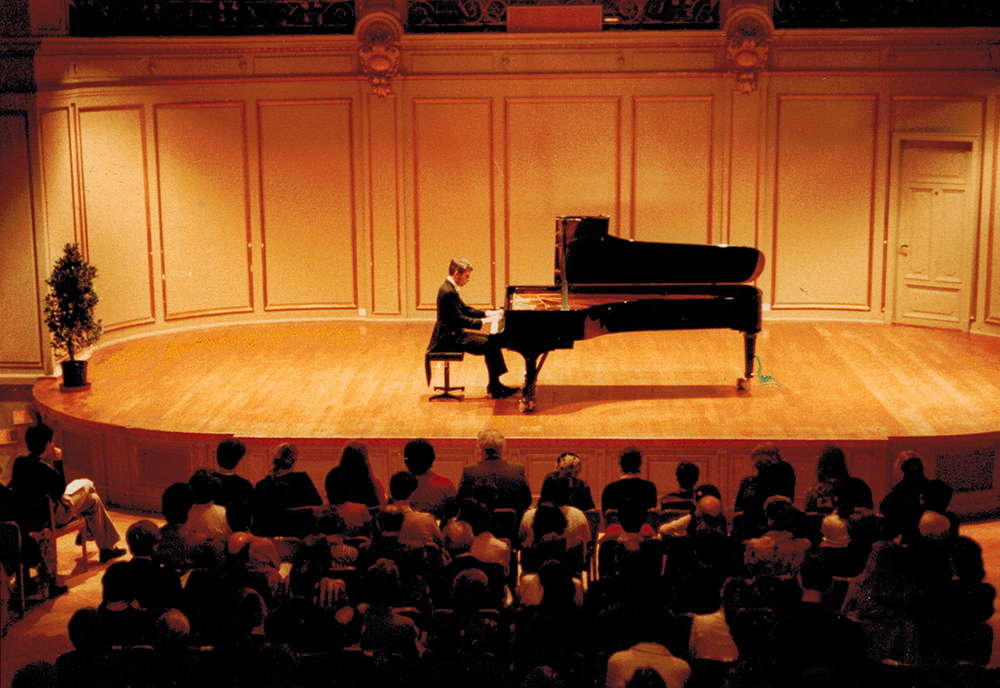 Tasker Polk was born in Warrenton, North Carolina. He is a direct descendant of The Honorable William Hawkins Polk, a brother of President James Knox Polk. He studied piano with Dr. Robert Carter at East Carolina University in Greenville, North Carolina and while there received many musical honors and was selected to Who’s Who Among Students in American Universities and Colleges. He studied with Dr. Rudolph Ganz at the Chicago Musical College of Roosevelt University and with Prof. Paul Baumgartner and Rolf Mäser at the Basle Conservatory of Music in Switzerland. He participated in a Master Class given by Mme Ilona Kabos during the Tibor Varga International Music Festival in Sion, Switzerland and in a Master Class given by Prof. Mieczyslaw Horszowski during the International Music Festival in Lucerne, Switzerland.

Polk was selected three times to appear as soloist with the East Carolina University Orchestra. He received first prize in the Johann Sebastian Bach International Competition in Washington, D.C. and gave his début recital there with works by Bach, Beethoven, Chopin, Liszt, and Copland. He won the North Carolina Symphony Orchestra Soloist Audition and made his début with this ensemble performing Maurice Ravel’s Piano Concerto for the Left Hand. He received the Sarah Graham Kenan Award in the Performing Arts. This was presented through the North Carolina Symphony Orchestra.

Polk has concertized in the United States of America, Europe, the Rock of Gibraltar, and North Africa.

Tasker Polk is married to Katherine Robinson. She received art instruction at an early age in North Carolina and has maintained that interest to this day. She majored in art at East Carolina University in Greenville, North Carolina. She works in most media, her favorite being mixed media. She studied with Chevis Clark, Carol McDaniel, Tom Anderson, Ralph Smith, Anna Schalk, and Zoltan Szabo. She learned from Anna Schalk how to use different materials along with  different inks, paints, dyes, papers, etc. in designing paintings. She attended a workshop given by Zoltan Szabo in Charleston, South Carolina. She learned much from him about design and watercolor in general. Two of her paintings were chosen for the after-workshop exhibition. She won awards at several art exhibitions and has been associated with numerous art galleries and art organizations and as a member of the Piccolo Spoleto Art Committee in Charleston, South Carolina met Gian Carlo Menotti.

Katherine and Tasker travel internationally and have some projects planned for the near future. They especially enjoy going to the Rock of Gibraltar and to Southern Spain. 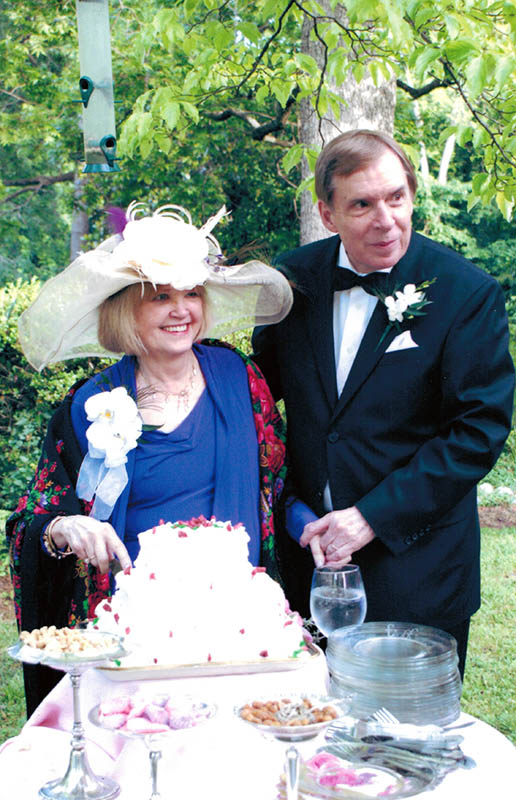 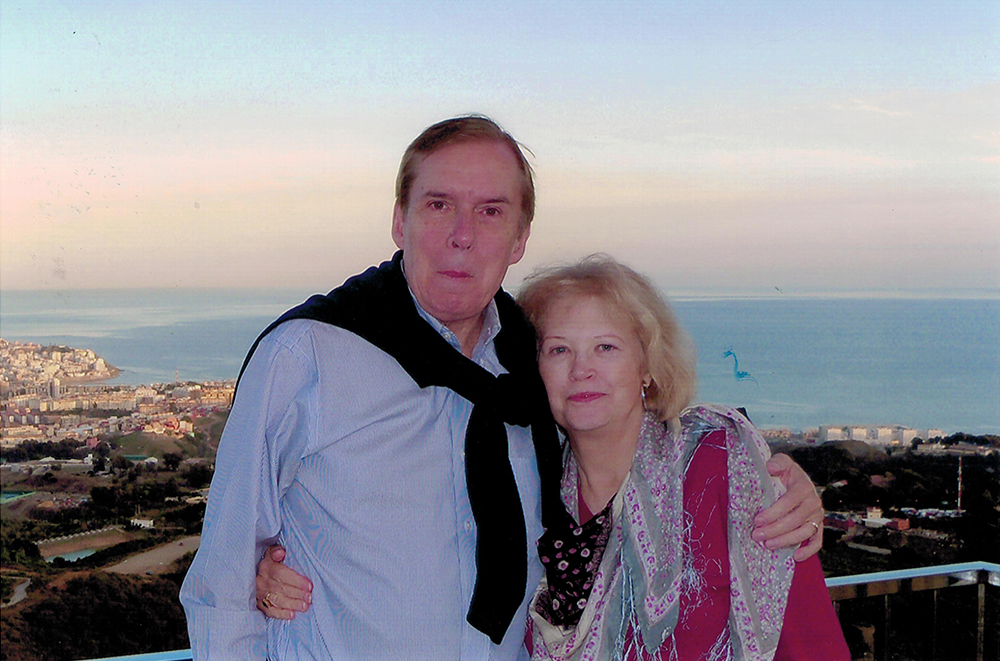 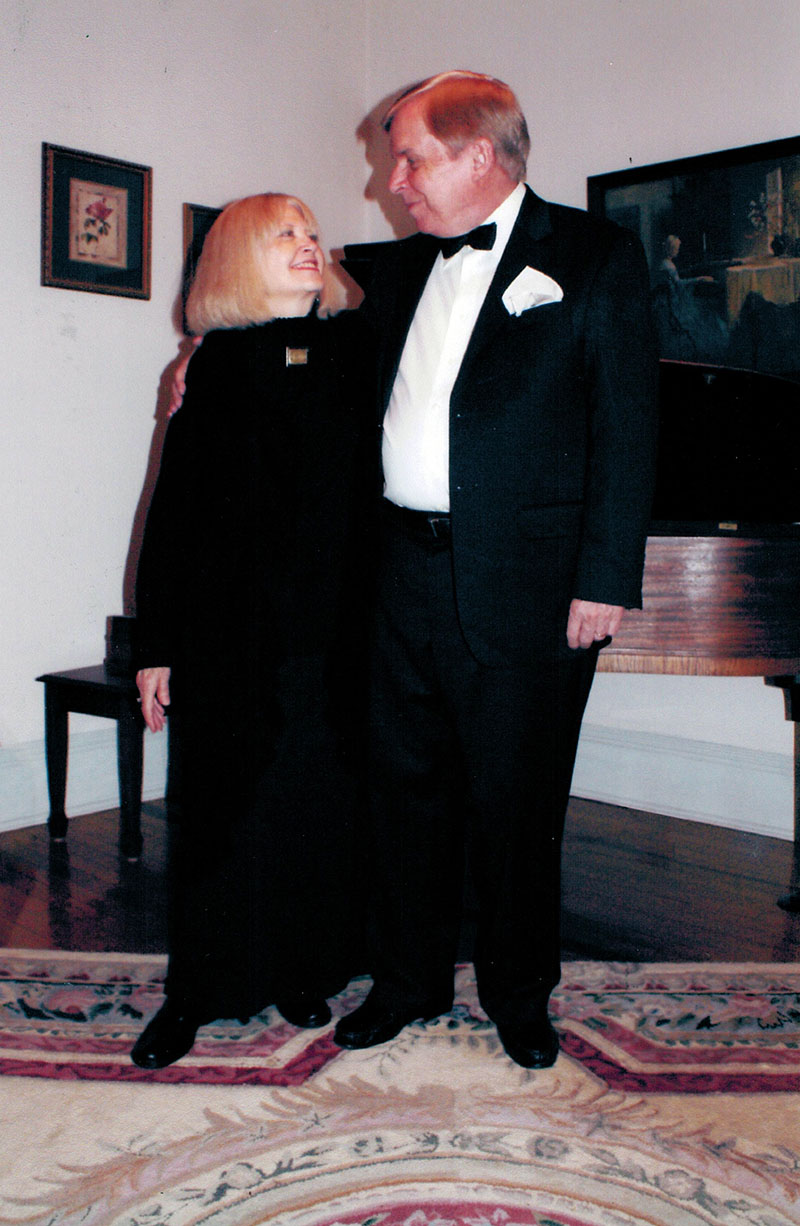 “Polk’s playing was a model. In tone and touch, he showed a high degree of present attainment and future promise.”
– Paul Hume

“The highlight of the successful concert was Ravel’s “Sonatine,” in which the pianist was able, in a convincing, indeed fascinating way, to convey the impressionistic and clear-form elements in the “suspension,” which is characteristic of this work. It manifests itself on one side and then the other: very charming playing, in which the sensitivity and musicality of the interpreter became evident and confirmed his technical brilliance.”
– Gerold Fierz-Zurich

“Tasker Polk is a serious, responsible interpreter, whose unusually mature technique is shown through a precise touch. After the final applause, he performed “Montañesa” by Manuel de Falla. We especially appreciated the truly distinguished manner of his playing.”
– Xavier Montsalvatge-Barcelona

“Hearing him play, whether the music be Beethoven, Liszt, or Copland, one has the impression that Mr. Polk is listening intently, that he does not expect a given piece to sound exactly as it sounded the first time he played it, and that no matter how many times he may play it in the future, despite his obvious technical mastery of the keyboard, he will never be persuaded that he has exhausted its possibilities or arrived at an ultimate definition of its essence. The result is that one hears the music with extraordinary clarity.”
– Paul Bowles-Tangier 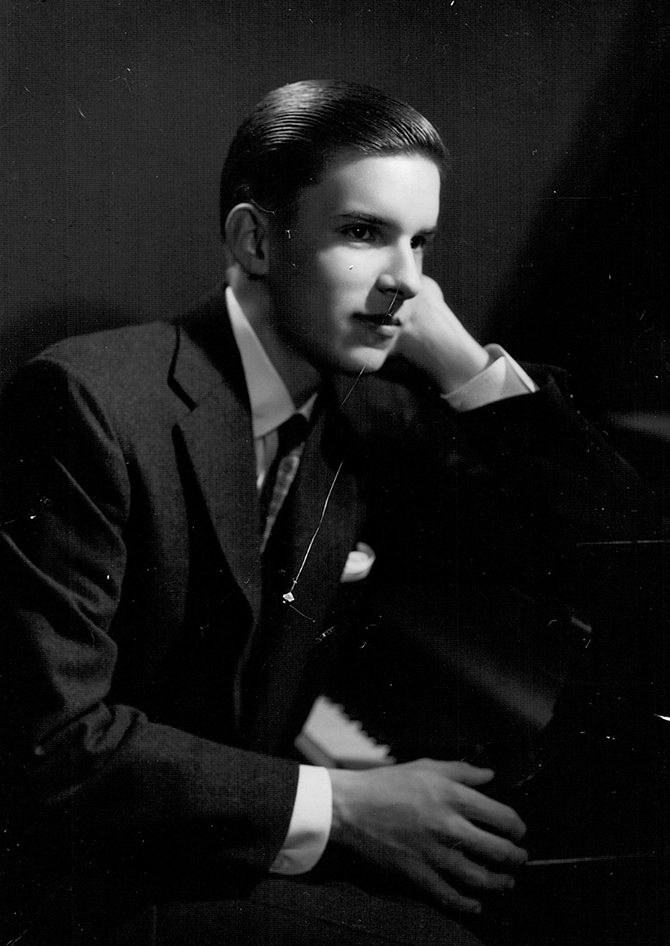 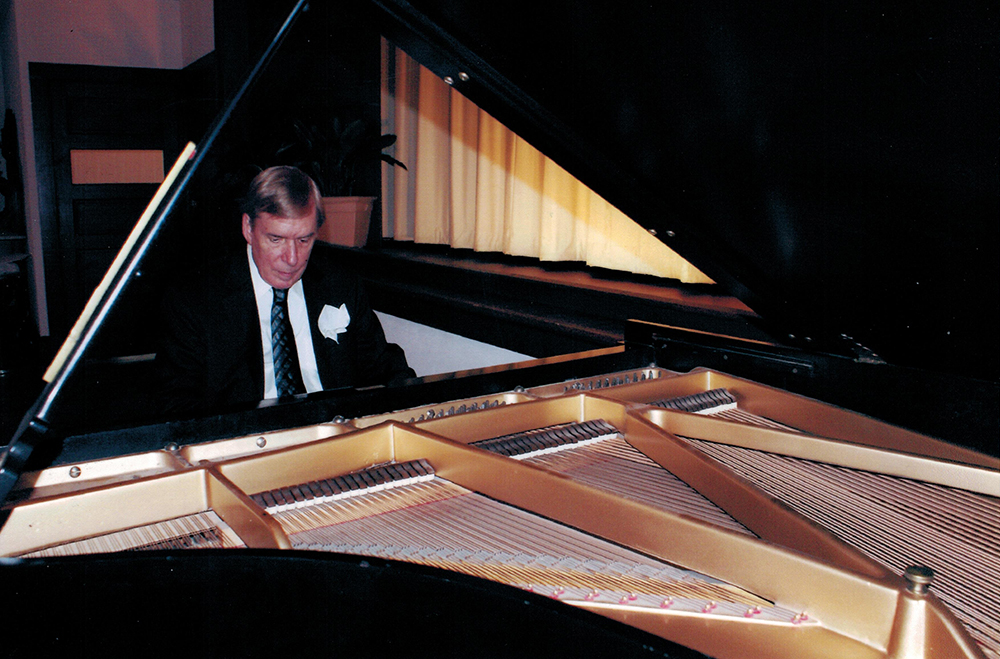 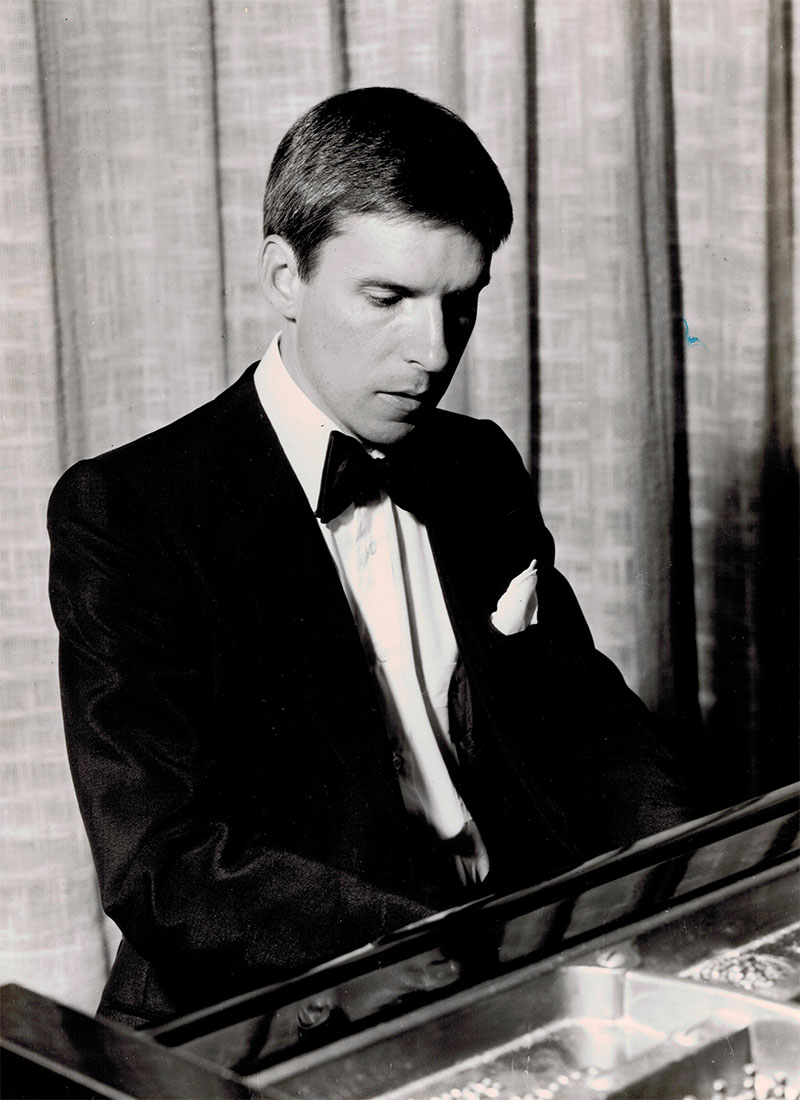